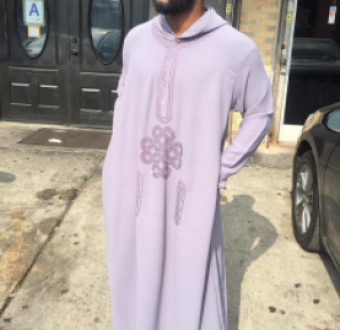 Can you imagine that? So all that this #emplyed# guy got to say is this: ”Only a foolish girl will see her boyfriend sweeping and all she’s able to do is raise her legs for him to sweep underneath.” Before nko? What else is a girl who visits her boyfriend to do except to enjoy some treat? Since when did a boyfriend become  a grand father or elderly people who should be accorded some such respects? No minors that,even adults or elderly people also sweep and do other things while their girls rest and watch. The good book even says: ”There is time for everything under the heavens.” Time for girls to work,and time for them to rest and just watch others do some work.

Yea,I understand where this African mentality man is coming from. I don’t think that his problem is that a girl watches her boyfriend sweep,but that she raises her legs for her  boyfriend to sweep beneath it? Yes,what about that? Would it make the man to become a  boy? Would it make him reduce his person or… what?

Let’s say the girl is the one sweeping. Will her boyfriend or anyone else not raise his or her legs for the girl to sweep properly? If they wouldn’t,the girl would either raise some dust on their legs,or have them remain in dust! This is rather foolishness! Telling girls to keep their legs down when boys are sweeping is telling boys to sweep and raise dust on people and not to have a clean job done! Men and ego,you see how you ruin things?

African culture such as this has reduce the femalehood  to nothing. In this culture,girls must do everything at home except putting food in a man’s mouth. Girls are trained to respect boys to the last,losing their dignity at times to boys,just because they are girls.On the same hand,boys can always raise their elbows above the girls,and the girls will do nothing! The girls will do nothing to protect their interest because they are girls! In African cultures,girls do not have all the rights that boys enjoy! Why should girls be termed foolish because they watch the boys sweep? Why should someone say :”Only a foolish girl will see her boyfriend sweeping and all she’s able to do is raise her legs for him to sweep underneath?”

In African culture,girls are expected to serve boys,and there is no right of equality that exist among boys and girls. No,boys are better than girls,boys are the reasons while homes exist and are kept,therefore,girls must serve the boys,and under no circumstances should a girl raise her legs for a boy to sweep beneath says African culture and believed by some boys @ Udoh!!!