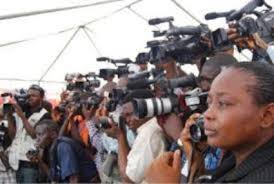 Everyone in government of Nigeria as well as the government of U.S so believe that hate speeches are being promoted by journalists.
Stakeholders in media industries yesterday at World Press Freedom Day organized by U.S embassy in Abuja have counseled Nigerian journalists to uphold the ethics of the profession and avoid any form of hate speeches in their reports and comments.
According to Symington who was represented by the embassy’s Country Affairs Officer  Mr. Aruna Amirthanayagam,upholding the ethics of profession is the only way journalists can curtail hate speeches in the country.
”As Nigerians are trying to find answers to why the killings of innocent Nigerians in the country still persists, the press can play the role of preventing a bad situation from getting worse by being responsible in their reportage,”  says U.S envoy.
Nigerian Journalists have also been warned not to report or pen down any hate speech coming from any politician at any event as their reports have stronger impact on their receivers.
“When politicians or civil society organizations utter certain things, they on their own do not make much impact until it is reported by the media”.
Mr Mujtaba Sada,Director Policy and Research in Nigeria Broadcasting Commission  sounds strong warning at the organized Freedom Press Day that any house media that airs any program that instigates violence in the country will be held liable and be punished.
Finally it was gathered at the event that a reporter must be accurate,thorough and careful before reporting any statement  or issue as inaccuracy of reports can destroy the nation!!!
Tags: News
Previous Post

These Were The Terrible Things Dhlakama,Mozambique’s Opposition Leader Did Before He Dies At 65