”My Marriage Was A Useles Mistake” Funny Face

Photo: ”Her big buttock pushed me into marrying her”   Funny face 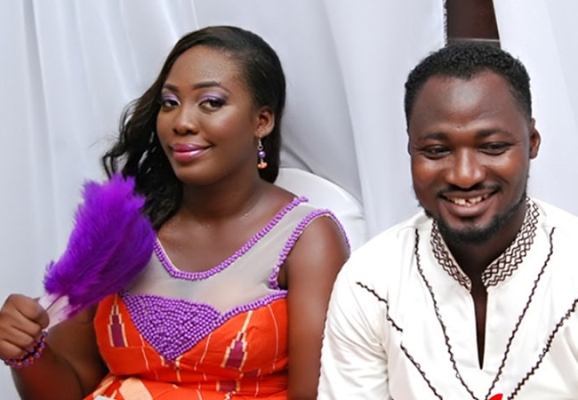 How can somebody come up and say a thing like this to public? ”my marriage is a useless mistake” says funny face. could this man be saying this because he is a comedian? Must he be funny all the time because he is a joker and he is called a funny face?

Hey man,girls are not smiling! How can you get married to one of us happily,no one forced you and you whole heartedly accepted to do so,enjoying everything in it,and now you are being annoying?  ”My marriage was a useless mistake”- funny face what do you mean by that ? Tell us why your marriage a useless mistake?

”’I didn’t do my homework well before marrying her, big buttocks and a** and hips pushed me into marrying her”.

You no well Funny face. You married one of us because she has everything that entices your feeling and now you are calling it a useless mistake? What do you really want in your life? You don’t like ladies with flat chest,neither do you even like ones without a** What do you want Funny face? She is very beautiful and attractive,black and beautiful,she is simply to match Funny face! What exactly happened ? Tell us!


”A tracker I installed in my ex-wife’s car recorded all her sins, which I have decided not to speak about since January 2016.”  According to him, his ex-wife’s sins forced him to “almost commit suicide but the gun wouldn’t shoot” when he pulled the trigger.  “What I’ve been through is worse than killing. I’ve moved on, but I’m hurt because of the lies people are peddling about me.”

Hmm funny face,you pulled the trigger but it didn’t shoot. You can lie o,you,you pulled the trigger? Yes,you said a lot of sins she committed. Why didn’t you mention them to us? You came up and said ” My marriage was a useless mistake’‘ Funny face but you didn’t tell us how? What kind of person are you Comedian , Benson Nana Yaw Oduro Boateng? You are carrying your beautiful wife posing like this 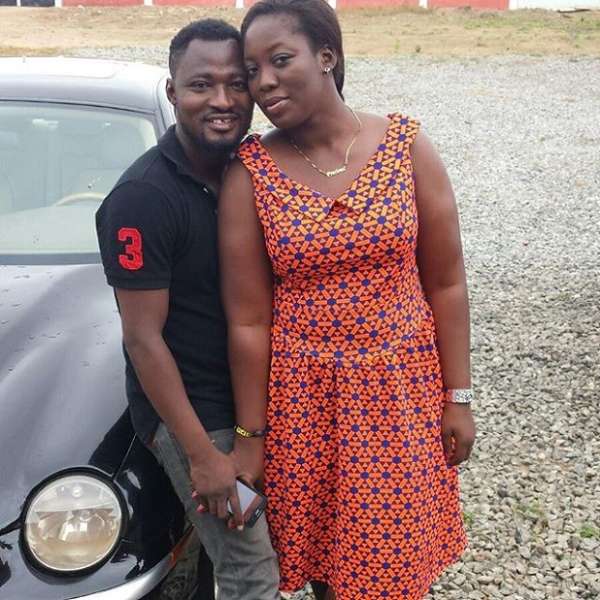 and you still say that it is a useless mistake?

See,the only thing that is a useless mistake you have ever done is that useless tracker you positioned somewhere to monitor your wife for you. Who monitors your own actions?  You never saw any bad thing in her,it was just the eye of your tracker, that deceived you and now you are saying: ”My marriage is a useless mistake” Funny face!! We are watching ooo…