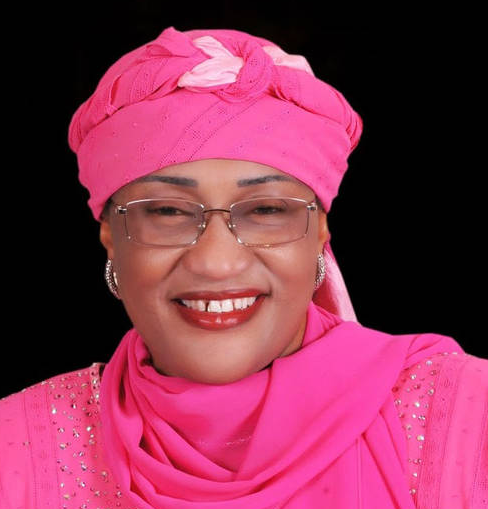 In Nigeria’s unwritten code of politics and governance, political appointees are not to be seen with those who are considered enemies or rivals of the ruler. Mama Taraba Aisha Alhassan not only crossed that line,but went many steps further in

Ever addressing Atiku Abubakar as the next Nigerian president come 2019 loudly in his home in presence of all and sundry,her position as the Minister of Women Affairs  in the ruling party has been under threat,but like she would always say: ”I don’t care if I am sacked by president Buhari or not”. Everyone is now asking: Why would Aisha Alhassan be asked to be punished by both the party and the president for not supporting the present APC government? Did Aisha Alhassan take an oath of office to serve Buhari or the Federal Republic of Nigeria?
As a matter of rule in Nigerian politics, political appointees are expected to sing the praise of their bosses in public all the time, and should they have any misgivings they can only express those misgivings privately. The problem this has created is that most political appointees are as subservient as civil servants. They don’t express independent opinions as they should, not to talk of misgivings. They just act as directed. The President or the Governor is considered the wisest man exercising a divine mandate that no man should question. But when it comes to Aisha Alhassan,she stands out differently! She says no to any party that would make her sell her right to exercise her franchise!
If you ask us,we would say that Aisha Alhassan should rather be respected for being consistent in her long time honesty. Aisha Alhassan is a strong character who stands on what she believes in! A woman so faithful no matter what!! We all could imagine how faithful and loyal she could be to her husband,the man whom she has made up her mind to be with. This kind of rare character shouldn’t be punished,but rather,she should be praised and admired!! She didn’t vote president Buhari in his election,and the president knew it. Buhari has never be her choice of presidential candidate,put she accepted the office of Minister in Buhari’s government,offered to her by Buhari himself.
It should also be recalled that Minister of Women Affairs,Aisha Alhassan came up in 2915 Gubernatorial position in Taraba state on the platform of the All Progressives Congress, and lost. She petitioned the State Election Tribunal and won, but this victory at the Tribunal which would have made her the first elected female Governor in Nigeria was later upturned by the Appeal and Supreme Courts. Is she here to beef back president Muhammadu Buhari for losing?
Tags: government
Previous Post

” I just spoke to Nnamdi Kanu,his lawyer and his sister.What is happening now is unacceptable and unbellievable”-Femi Fani- Kayode

'' I just spoke to Nnamdi Kanu,his lawyer and his sister.What is happening now is unacceptable and unbellievable''-Femi Fani- Kayode