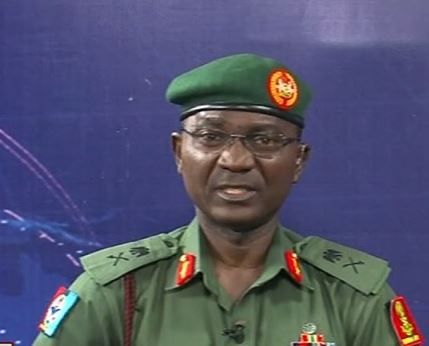 A lot of well meaning Nigerians reacted to this law,for example,Governor Fayose says that such laws are plans of government to silence corruption and other evil practices in government. Now, the military has come in to of course exaggerate the law. What does the Director of Defence Information,Major-General John Enenche mean when he says that the activities of Nigerians on social media is now being monitored for hate speech, anti-government and anti-security information, by the military? Is Major-General Enenche saying that Nigerians do not have right to exercise their freedom of speech and expression? Is he in any way saying that one should keep quiet and accept wrong treatment of all sorts?

What General Enenche forgets and needs to be reminded are these:

Military on actions against hate speech: Nigerians react!
”No amount of intimidation by Nigerian Army can gag citizens’ expression of their feelings through the social media”. Special force Army.
Fellow #Nigerians. In light of #NigerianArmy announcement, I hereby retire from #NGPolitics twitter with immediate effect & alacrity Thanks :Unknown
”The Nigerian army has left its duty of defending citizens, it is now gagging freedom of speech. Shame on the Nigerian army” Ejike on twitter.
The list goes on and on this issue: Military on action against hate speech : Nigerians react!! By the way what is this hate speech order than the fact that when a government brings a bad policy that has dire consequences on their citizens,their citizens frown at it with their speech? Is anything wrong with that???
Tags: Abuseright denial
Previous Post

Ladies,a woman sues her parent to court for still being single and for being ugly,

A pastor rapes children,pleads guilty,and says ”It is devil’s work”

A pastor rapes children,pleads guilty,and says ''It is devil's work''