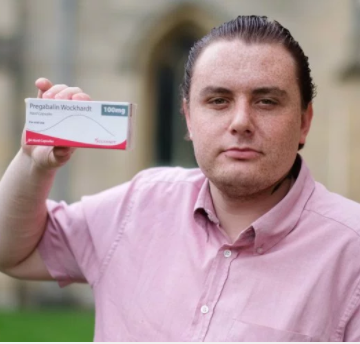 As I was listening to this man’s report,I remembered one of my friends who said that one thing about humans is that when they find themselves doing what is bad or uncalled for,when they see themselves on the wrong side,the very tendency is to quickly lay the blame on something or someone else.

There comes a 23 year old young man named Scott Purdy who claims that taking pain killer for his chronic illness has turned him gay!
According to him,he had a girlfriend who had been soothing his romantic life for 6 months but just after sometime as he begins taking the painkiller,he discovers he no longer feels any attraction for women but men.
The name of the painkiller which the young man claims turned him gay is Pregabalin or Lyrica. Below are his statements on this :
”I noticed my libido for women had gone and I was wanting male attention. I was with a girlfriend I had been with for around six months. I had never been interested in men. When I was younger I was a little bit curious but a  couple of weeks after I started taking it I turned around and said I didn’t find her physically attractive anymore. She knew I was taking Pregabalin.
I said to her, ‘I don’t really know what’s happening to me and I told her I like men and I just can’t be with you’. She was relatively understanding, as understanding as you could possibly be.”
Well enough,we understand from the indication that Pregabalin or Lyrica is a medication used for the treatment of epilepsy,generalized anxiety disorder,and pain associated with brain. Yes,its documented side effect is loss of libido and mood swing!
Now the question to Scott Purdy who claims that taking Lyrica has turned him gay is : How come a medication which side effect is to make the consumer lose his libido or mood swing make him get attracted to men while he loses attraction for women?
Well,it is obvious why he suddenly lost interest in his girlfriend of 6 months and doesn’t feel attracted to opposite s*x any more because that is one of the documented side effects for the medication he takes. Very understandable,but what we  can not agree with him is how this painkiller could make him gain instead of lose his libido or mood swing for same s*x gender!
We hereby suggest that Scott Purdy,look for what turns him gay,it is definitely not Lyrica or Pregabalin! 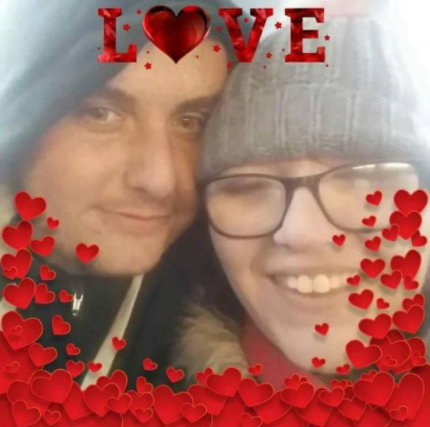 Yes,it could be his utmost desire for being gay that has come to past. Scott lost interest in women and the next thing he did was to think that he’s been turned gay!
Scott loves and appreciates to be gay,otherwise,he wouldn’t look in that direction.
The medication is made to make him lose having s*xual feelings,how come he’s been attracted to have s*xxual feelings for men???
Tags: Newssingle & Married
Previous Post

This Is When APC Leader Unknowingly Agrees That Present Nigerian Government Steals From National Treasury!

This Is When APC Leader Unknowingly Agrees That Present Nigerian Government Steals From National Treasury!