Love Contract: Does It Make Or Mar Marriages? 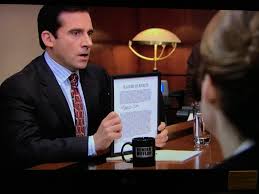 You were in a gathering and someone walked up to you and said: ”There is someone out there who wants to see you. He said his name is …” And then you said to yourself: ”I do not know anyone by that name. Who could that be?” Then you decided to go out and see for yourself.
On seeing the person who came to see you as well,you wondered who he was and why he would be looking for you. Then he introduced himself to you and said ”Sweet heart,how are you?” And your heart jacked . ”Sweet heart” he called me? ”Who is he?” By now I am sure you already know you have found a suitor!
Later on that same day and time,you realized that you were recommended to him by someone who feels you could be compatible to him. You guys are now dating and he proposes to you. This is love contract! Does it make or mar marriages?
A lot of people,men and women get married through this means called love contract. If your mother or father recommends someone to you and give you reasons why you should love and marry him or her,that is love contract!
If a friend or trusted family member,an acquaintance or neighbor,contracts someone for you for marriage and you begin to love him or her,it is fine and acceptable,since that has means has created some love.
Whether it is love at first sight or love that develops later,they are all the same,they lead to having the same success and achievement!
Some couples who meet through the arrangement of love contract and later have some serious issues in their marriages are said to have such problems because,they didn’t choose their partners by themselves. But this is absolutely a misconception! It is not true!

Read more:Why We Have More Single Ladies These Days

Problems are bound to exist in every earthly marriage. Have you not seen couples whose love was described as ”love in Turkey”,those who met from childhood,those who met in schools and classrooms,those who found and met love by themselves come to have serious issues in their marriages that they could not solve but separate or divorce? What later happened to the love between Romeo and Juliet if you could recall? You can give other good examples!
The truth is that there is no bad or worse way someone can meet love and love contract is one of the best ways a man and a woman can meet each other and successfully be in marriage. If they later have problems,it is because it is already bound to be and not because,their marriage was contracted!
What else do would you like to say? Love contract,does it make or mar marriages?
Tags: single & Married
Previous Post

Why We Have More Single Ladies These Days

”My Divorce,The Most Beautiful Day Of My Life” Cenderella Nana

''My Divorce,The Most Beautiful Day Of My Life'' Cenderella Nana