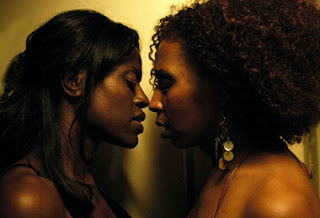 You know why I made lesbianism a case study of Africa? It is because, Africa represents the purest breed of mankind in the world. All our cultures are linked with sacredness, morality, norms and values. Respect for life and blood, respect for man and nature, are their watch world.

In African culture, sex is so sacred that it is considered abomination if an unmarried person engages in it,or if a married man or woman commits adultery. In fact in most cases,the victims or doers of such wrong doing are usually disgraced publicly, and in some cultures,they are abolished to cleanse their lands.
The issue of lesbianism is not popular in African society, but since its existence and appearance, anyone caught with evidence is convicted in prison for 14 years in Nigeria constitution, while it is even more severe in other African countries.
African cultures despise, frown, forbid and reject lesbianism because lesbianism is contrarily to the natural use of sex organs and its natural purposes, and lesbianism is injurious abuse!!!
Tags: Advice TipsEducationMarriageRelationship
Previous Post