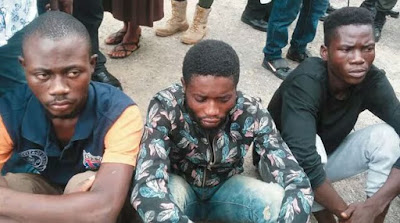 Nature,under imperfection makes it natural for people, especially youths and teenagers to disobey, disagree and argue with their parents. Yes,no doubt most times children turn deviant to their parents, making matter worse as though their parents never tried enough to bring about correction in their children, or that children themselves are hard hearted,not willing to change. Is this true? Do children become deviant to parents for nothing?

According to one study on why children turn deviant, parents by 90% are the cause. While children are making effort to change, their parents neither show encouragement, or motivate them to do more. In fact, according to youths and teenagers,not giving support or a Weldon recommendation makes it look that making changes after all isn’t important!

Parents, always encourage your children to be the good you wish for! Discouragement and lack of recommendation to your children can not bring about any positive changes in them! This is injurious abuse!!!

In the first part of this discussion, we mentioned that parents and their teenagers could be in warfront sometimes, but with cogent reasons. Teenage age could be a very difficult time for families, and relatives,but could be rewarding as well. Can you imagine a situation where parents keep reminding their teens of their stupid past actions while expecting them to change?
Parents, the worse thing that could happen to you is losing your children when you actually want to have them back. Do not mention their past mistakes to them thinking it will help them think and have some remorse,no! It will rather shatter them,and even discourage them.

Try to be their friends by all means. Take them out with you to your friends house,on picnics and get together and before long,you shall have them back in love instead making them turn deviant.
Being too judgemental while correcting your teens could do more harm than good. It is injurious abuse!!!

Abandonment and Negligence of elderly

Abandonment and Negligence of elderly