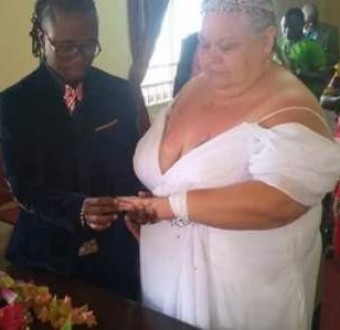 Feminism, however you understand it,whether it means ”what a man can do,a woman can do it better”,or that it means ”that right,which is given to a man should also be given to a woman”. This is what Chimamanda Ngozi Adichie  meant when she was speaking on the issue of feminism!

In our time today,we can see the effect of feminism taking shape in different direction. For example,when an old woman who is old enough gets married to a young boy or man who is old to be called her grandson. Is this feminism? A grandmother marrying a son?

Let’s go into a certain part of Islamic teaching,belief and doctrine. First,a moslim faithful is allowed and expected to get married to more than one wife. If a moslim faithful marries ten wives,is it acceptable by their norms,as long as he can take care of them. However,if a moslim faithful man,say in his 50 and above gets married to a child,who is still a minor,who is say 10,12,13,years,he can not be questioned or queried. In Islamic religion,it is okay! This explains why the UNICEF and other child right organizations cannot succeed in fighting against early child marriage,in Africa and all around the world despite the obvious dangers,such rites posses on female children. Is this feminism? A grandmother marrying a son?

But how does it really look,when you see an adult,a very old woman doing a thing attributed to young flesh and blood? How does it feel when you see a grandmother in the bosom of a young boy,carrying and caressing her as his wife? It it normal in the eyes of human? Is this feminism? A grandmother marrying a son?

What would ever make a young man to descend to a request of an old grandmother for marriage order than enjoying her material wealth? This has always been the reason why any young man would say ”I do in the court” with her. There is obviously no man in his right senses who would marry his grandmother’s age mate for nothing. But which one is this young Sierra leonean artist known as Blazer Blaze Joeblaze behaving like something is wrong, trying to survive? To the white grandmother doing this,is this feminism? A grandmother marrying a son??