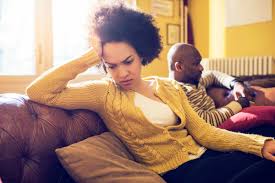 And so a young man was dating this lady whom he met while in school. Being older than she is both in age and in academics,he thought he’s got a girlfriend whom he could nurture to his satisfaction.
All through their years in school,the young man protected her as his own, keeping her away from bird catchers in school,those boys that like to devour and take advantage of helpless girls.
Then a day came when he saw something he couldn’t believe! The girl he thought he was protecting said she was going to spend her weekend with her aunt in another state. The day before she was to  return,this young man,(sorry we didn’t mention their names. Call them  a-z if you like) went to visit his friend who lived off school and saw his girl right in his room,dressed casual like one who has come to stay.
According to what his friend told him ,this girl had slept with him at different occasions saying she has no other boyfriend.
So the question: Is it true that once a cheat is always a cheat?
The reason for this question is that if someone is wicked for example,there is always a situation that could change one’s life style. It could be lessons from certain stories or an act of someone’s kindness or the other that might bring a change to one’s life.

Read more here: Do You Have What It Takes To Marry A Woman Older Than You Are? Find Out Here!

What has this young man not done for this girl to make her keep her legs close and remain faithful to him? Even if she likes the things in men could love and care he showered on her not have made her close her legs to that man she says she loves?
She said she loved the young man and agreed to be his girl and of course the young man played well his part to make her happy. Why would this girl still be going out meeting other men for the crazy thing called sex? Is it true that once a cheat is always a cheat???
Tags: single & Married
Previous Post