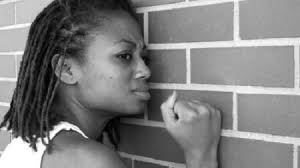 Marry brother-in-law.
For a definition,brother-in-law is the brother of one’s wife or husband. In this topic,it is wise to say that the person in question here is a woman asking: ”Is it okay to marry my brother-in-law? Dear Motivational reader,what do you have to say?
A woman is married to her husband and now she is asking if it is okay to also marry her brother-in-law,that is the brother to her husband.
My dear woman,is your husband dead or missing?Are you having problem with your husband and you feel you can get out of him by getting married to someone else?
But unfortunately,someone else you admire to marry is not someone else but your husband’s blood if that is your reason for getting married to someone else.
Okay,let’s say your husband is lost as in missing and not found.And so? Is getting married to his own brother a way of getting your husband back home? The truth is that you do not know the where about of your husband.But he is somewhere,probably very much alive! What happens the day he comes back and discovers that you have given yourself to his own brother in marriage just because he was nowhere to be found?
Are you under the command of your custom and tradition? Yes,some traditions especially in Africa mandate that when one’s husband dies,the widow should be automatically married to her brother-in-law otherwise she would lose both her husband’s properties and children.
Such traditions are so strong that just one woman cannot fight it! Sometimes,the only solution to this law is leaving the family of her husband entirely without her children and remain unmarried wherever she is for the rest of her life if she refuses to marry her brother-in-law!
Now this woman under this cage is asking: ”Is it okay to marry my brother-in-law? Hello?
What else are you looking in marriage you have not got from your late husband? He has given you home and children and yes,a change of name one of the greatest prides of African women. What else do you want to have in marriage you have not got with the father of your children? And if you leave without taking your children as the tradition demands will your children not still be yours tomorrow and forever? They will surely look for you and come back to you when they are grown.
Get free from slavery by opposing the option of marrying your brother-in-law. You will only be locked up in chain to be child bearing factory for them. Go,take your leave and realize your potentials as a gifted woman!
Is it okay to marry my brother-in-law? What properties are you afraid of losing if you say no to the tradition that subjects you to getting married to your brother-in-law that you cannot get in double fold if you go make yourself and realize your potentials?
And your brother-in-law you are talking about,is it the one who has a wife already you want to become a second wife to and then struggle to survive under his roof with your children or the one who will soon leave you as an old woman and take a new wife of his choice for himself?

Dear widow,do give yourself some respect and love. Save yourself further problems,abuse and embarrassment by choosing to get out of that bondage of a house under inconsiderable tradition of womanhood.
What is okay about marrying your brother-in-law who will not even respect you as your husband would, a man who will not even regard or honor your place as a wife?  This is a man who will soon leave you as soon as you accept to be his wife and property in obedience to their tradition and go marry a woman of his dearest choice!
Whether you marry him or not,your husband’s properties are in his hands and he will soon hand them all over to his own and dearest wife! Is it okay to marry my brother-in-law? What will you gain in marrying your brother-in-law? What will you lose if you say no to him???

Read more: What Is Bad In Dating A Married Man?

Is It Okay To Marry Someone Younger Than I am?

Is It Okay To Marry Someone Younger Than I am?