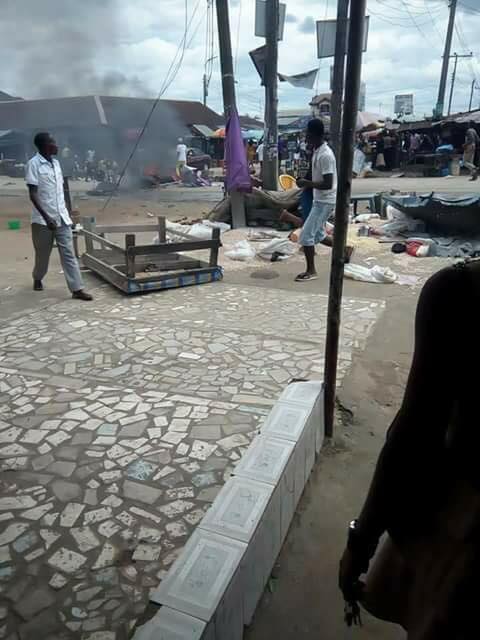 On Tuesday evening,of September 2017,River state medical center has received numerous patients  streaming in blood as a result of a chaos in Oyigbo community.It was one blood shed after the other in Oyigbo community of River state Nigeria,as Indigenous People of Biafra  members,IPOB  had a serious clash with

members of Hausa community in the same community of the state. The clash has claimed not less than 3 lives of people in the community,but has also left many others seriously injured with some gush of blood.

Just when you think we have had it all in crisis,another shows off,blinking with blood. It’s been one tribe threatening the lives of another in their states and all hands are kept on cross,eyes being on the look out for October 1st 2017 to see if the warning by Arewa boys in the north to vacate the Igbo residents in their states will surely come to pass or not.
What could have caused the fight,clash and crisis in Oyigbo community between IPOB members and members of Hausa community in River state? Well,at this point and hour,no one knows as investigation on the crisis is still under course.
Keep your eyes open and ears tickled,for more news and update on this matter,as Monikmotivational.com is underway to bring you more news upon news you need to know about the matter! IPOB members and members of Hausa community  clash in Oyigbo,River state. leaving at least 3 persons dead,,numerous others injured…
Tags: News
Previous Post