”IPOB is not recognized as a terrorist group under UK law” says UK High Commission,demands the where about of her citizen Nnamdi Kanu from FG. 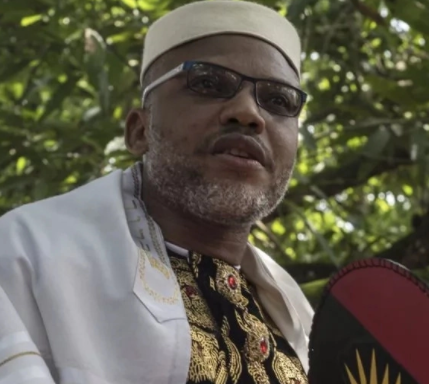 The where about of the leader of the indigenous people of Biafra,Prince Nnamdi Kanu has given rise to much concern to everyone,home and abroad. After declaring the IPOB members,terrorist group by the federal government of Nigeria,it is really soothing to know that

the top world governments such the United States of America and the United Kingdom do not agree that the indigenous people of Biafra is any terrorist group or organization.

The United Kingdom has demanded the where about of her citizen,Prince Nnamdi Kanu,who has been allegedly said to have been abducted by the military on the day they invaded his home on Sunday 10th of September,2017.The Press Officer, UK high commission in Nigeria, Joe Abuku, in an interview with Punch, said that the inquiry was sent to ascertain if Kanu who with a British passport, was alive or dead.
“We are seeking urgent clarification from the Nigerian authorities about the status and whereabouts of Mr. Kanu, a British-Nigerian man, who has been reported missing since September 10th,” Abuku, the Press Officer, UK high commission in Nigeria,said.
When asked whether the indigenous people of Biafra,IPOB are also seen as a terrorist group in UK as declared in Nigeria, Joe Abuku says:
“One of the conditions that can make the United Kingdom strip its citizen of nationality is if the person engages in a terrorist activity at home or abroad. And Kanu has dual citizenship and therefore a citizen of Nigeria and the UK. The Indigenous People of Biafra is not a proscribed organization in the UK”.
Thus,the declaration of Nnamdi Kanu and his group a terrorist group is a statement known only in Nigerian government. That not withstanding,the question still is : Where is Prince Nnamdi Kanu,the leader of the indigenous people of Biafra?
Tags: News-hit
Previous Post