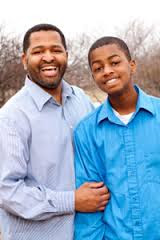 There are certainly difficult parents on earth who are never easy to live with no matter how much one may try hard to. If it is not my family,it is then your family. Imagine this Scenario : It is a good Monday evening. Jeff,a 17 year old boy finished his house chores and thought it was right time for him to watch his best Television show. As he was still watching and enjoying the show,his father came in and said: ”Jeff,why are you always wasting your time in front of television instead of helping your younger brother out with his assignment? You never do as you are told!” ”Here we go again” Jeff muttered,so little loud enough to be heard. His father leans forward. ” What did you just say young man?”  ”Nothing”,replied Jeff,rolling his eyes. His father is now very angry,and finally said ”Don’t use that tone with me next time.”
Now,if you were Jeff,what would you do?

HOW TO LIVE WITH DIFFICULTY PARENT.
A lot of adult children have used various methods to avoid having troubles with their parents. While some have chosen to yell at their parents in view to getting attention,others have decided to stop talking to their parents thinking it is the best solution. The truth however is that option A which is yelling at ones parent does not bring any good result as it shows no respect and honor. Then for option B,yes,it may seem to be the easiest option to take but it is truly not the wisest thing to do. Why ? Because,to deal successfully with certain problems,one needs to talk it out. How then is the best way to live with difficult parent?
THE BEST WAY TO HANDLE ISSUES WITH DIFFICULT PARENTS.
One of the the best and easiest ways to handle issues with difficult parents is to have a close dialogue with them. For example,if your parent is the yelling type who never want to know why you act the way you do,let them yell and raise their loud voice on you. Make sure you do not interrupt them because you can never win them.  When the matter seems to have quieted,draw close to them in their room not in the kitchen or when they are at the table. Approach them and tell them that there is something you like to discuss with them. Then,start relating.
On the other hand,writing letter may also help to formulate exactly what you want to say to your parent if they are difficult to talk to or approach.  In your letter,pour out your thoughts and pains to them. Tell them how much you love and want to live with them. Explain your thoughts and the reasons why you behave or act the way you do. However,don’t forget to apologize to them and promise you will definitely turn on a new leave. Your parent,no matter how difficult they might be will definitely listen to you and you will at the end of the day,win their heart!!!
Tags: AbuseAdvice Tipschild development
Previous Post

monikmotivational.com: The latest story of chibok girls -abduction and ki…