How to know if it is infatuation 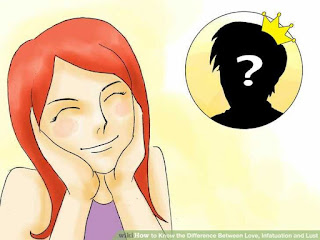 You know,living in the world of boys and girls is one thing that makes this life very,very interesting. Even before boys could learn how to speak,he’s already attracted to a baby girl and vice versa. You know what? That feelings between adolescents is one that i wouldn’t what to talk about! You are already there I know. Now the big question: HOW DO I I KNOW IF IS INFATUATION?

A question was once asked to a group of  ladies  in a seminar to raise their hands if they are still singles and searching. You know what? Not even one of them agreed that they are not in a relationship. They all believed that as long as they have boy friends,everything about their relationship is LOVE! But hey! it is not true! It could be infatuation. Again I ask; How do i know if it is infatuation? Just open your eyes and see how to know if it is infatuation.

what the power of ambition can do