how to get free from a bad family history -family matters,family background,family case study, 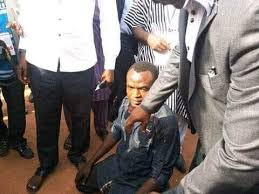 Family history is as important as life itself. While some families are honorable for their decent and chaste conduct,others are either wild or indecent,known for stealing,prostitution,or one wicked act or the other. How can I break free if my family history is bad? Read more: can the sin of my father affect me?

In answering the question of how you can break free if your family history is bad,let’s take example of a family which was once sapped by poverty. The man of the house in question kept borrowing virtually everything from the neighborhood until there was nothing else to borrow. While this was going on,one of his children was watching,watching how people were coming one after the other,to collect what was lent to their father. What this child did as a young boy elevated him and his family from that great poverty. He went out to people’s farm,and began doing penny jobs. Then,little by little,he saw that people who did not have any farmland could actually get one from people who have,following their traditional rites and custom. So,the young man went to one of the people on whose farmland he had labored,and got a farmland for himself. From another,person,he also got some  yam seedling,and began his own planting. When the time for harvest came,he went to his farmland,and you know what? He had the fattest harvest in his community,that year,and everyone began to see greatness in him. Before he knew it,his family background changed from advent poverty,to a wealthy home. Those his father was owing,he paid back.

This is one of the ways you could break free if your family history is bad in a way,say poverty. First of all, ask yourself: Why is my family this way? Try to find out. What doesn’t it do right? Still find out. What and how do other people do things that make them better off than my family? 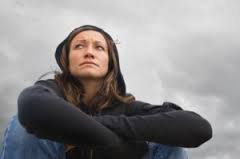 All these questions should be acted on without compromise. Like the example of the man above,he saw that the reason poverty almost retched his family was laziness. His father was so lazy that he could not have even a single farmland to cultivate food for his family. When his son did something differently from his father,following what other people did,he broke free from his family odd.

Taking a leave from your family is another way you could break free if your family history is bad. Take a leave and go far away from them,where they will never influence you. There,turn a new leave and act differently. Before long,your part in the story,would have changed.

Everything in life is money and character. Make your money by working real hard ,and be of good character as well. Change totally everything bad your family is known for so that at the mention of your family,the pointer can say: ‘But however, there is just one person who is different and very different. In fact, he seems not to belong to this family at all!’

Breaking free from one’s family history is not an easy thing to do at all. It needs a lot of consultations from people who can truly show the way out. Strength is another huge thing involved to help you if you must get free from your family bad history . You need courage to act from a different direction. You also need your creator to guide you in all you do.

Determination is the best key for you,if you really want to change. Tell yourself that you won’t give up,until you make a difference,and you will!!!

can the sin of my father affect me?-sin and forgiveness,sin and punishment,