How To Be In Marriage After Marriage By Faryal Makhdoom

by JoJo
in Hot Topics
0 0
0
0
SHARES
1
VIEWS
Share on FacebookShare on Twitter
”It is time to put our differences behind us,
and start afresh.”- Faryal. 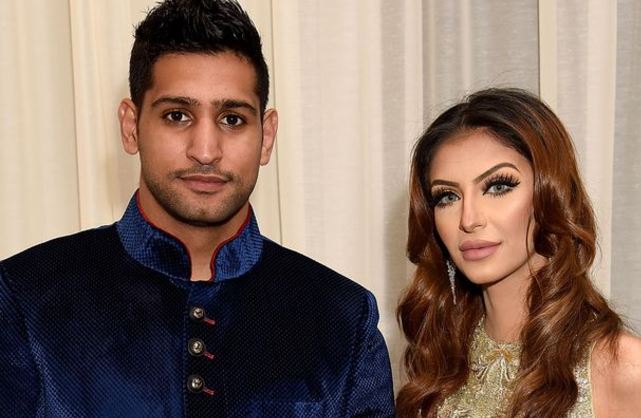 Okay,you know how it goes most times at home,when she knows she’s fully granted a place she calls her own home right? A lot of women at this time would show that women are large Armies to their husband,and in-laws. This is foolishness in

highest degree! Such women should be shown the battle field instead of being kept at home.

My mother tells me that marriage is very sweet and that it can only be enjoyed when you tolerate every member of your family,showing love and kindness to them as you would do to your own parent and people, and not just to your husband alone. The good book also says that there is an endless tribulation in marriage.So wives,do not think marriage is all about a bed of many roses. You will always have your tears and laughter in your marriage,but still,keep going!
Faryal Makhdoom is one woman,a wife who never gives up on her marriage,even when her husband has been out of his ring for 3 months. Faryal Makhdoom accepts her wrongs and not rights,in trying to patch the holes in her marriage bed which in some way,she has caused:
‘The past three months have been really tough on me and my marriage.
‘Matters haven’t been helped by the fact that my husband has been out of the ring for quite some time… it’s been very stressful for us as a couple, and a family.
‘I now recognise that all this infighting between me and my in-laws has had a terrible effect on my husband and I… and for that I would like to sincerely apologise.
‘My mother and father-in-law are the elders of our family and as such deserve love and respect just as much as my own parents do.
‘I’ve said things in the past out of anger… I didn’t really mean and regret now.’
She added: ‘My daughter and unborn child do not deserve a broken home.( Chai,I feel like crying Faryal)
‘All families go through hard times. It is unfortunate for us that our difficulties were played out so publicly. I also apologise for my part in that.’
‘That is why I have decided that it is time to put our differences behind us, and start afresh.”

Only a beautiful wife apologizes to her husband even when she is not wrong! Faryal Makhdoom is an example in many kind of ways. She behaves as though she has some African blood running in her veins. But I like  Faryal’s sense of humility,and her re-awaken consciousness to bring back her marriage for the sake of her children.
Well,as far as I can remember,there is no longer James Bond again on this earth! He has died a long time ago,and should be allowed to rest! Rather than hitting a stone in your home,show more again that your anger is a storm in a teacup to your husband and in-laws!!! How to be in marriage after marriage! Indeed,Faryal Makhdoom is an example.
Tags: marital issuesMarriage
Previous Post

Nigerian president raises speculations over his health,arrives London for treatment

Nigerian president raises speculations over his health,arrives London for treatment