Have you visited prisons in your life before? If you have,you would agree with me that prison is totally a different world of its own. The spacious environment filled with awkward faces of people in uniforms,will tell you that really,all is not well in the yard. The sad faces you would meet,which bearers you can’t see their eyeballs,no matter how much you try,indicate  that someone is in wearing out,and perishing. We are talking about innocent people,who have become prisoners. And that is the point of our discourse here-How innocent people become prisoners. 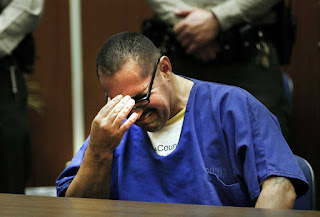 The answer the welfare prison officer gave me in my question: ”How did this young innocent man become a prisoner here?” in my interview with him in a prison in our last discussion: Is every prisoner a convict? was this:

‘The young man told us that a girl in his school hostel who had tried severally to engage him in an immoral conduct which he had refused as often as she tried him. One day,the girl’s fiancee who also was a force man, visited their hostel and it happened that both the girl and the young man were all together in her room but doing nothing immoral. The young man never knew that the girl in question had a fiancee,and yet,she continued disturbing him for an intimate relationship. It happened that as soon as the girl saw her fiancee, she began to cry that the young man raped her,and now he has come to apologize . On hearing this, her fiancee immediately called police officers from a near by police station to get the young man arrested. His case was immediately charge to court,and because the young man did not have any witness or evidence that he never raped the girl,was convicted and so he became a prisoner.’

This is a true story,somewhere,and there are many other stories stronger than this you do not know. This is how innocent people become prisoners. People can really be wicked. People you know can change over night. Just imagine how the innocent young man was accused of having raped a girl that he had been running away from. By not having any witness in court,one might end up losing a case that will send him to prison. 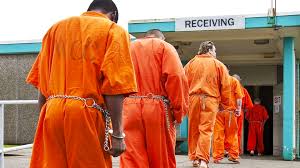 The truth of the matter is that there are many innocent persons in prisons,serving prison punishment they do not know about. It is because of this reason that we have prerogative of mercy. A situation where top government officials can actual go to prison,and release as many prisoners as possible,knowing that at least by so doing,one of the innocent prisoner would be set free. Read more: is every prisoner a convict?

is every prisoner a convict? prisoner of conscience,convict babies,convict and condemn