Here Is The Analysis So Far,Making Miracle The 2018 Winner Of BBNaija. Take A Look! 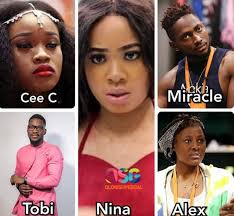 On January 28 2018,the season 3 of the BBNaija show kicked off in South with 20 contestants.

All along,it had been one wahala among the housemates after the other and of course that was the theme for this year’s BBNaija.

Some people were obviously hated by fans and housemates while few others were just simply loved no matter what!

Among the top finalists who made it to the grand finale of the competition on April 22 2018 were Nina,Tobi,Alex.Cee C,and Miracle.

Who would become the winner of BBNaija 2018 was not really sure for anyone until the time came for the final eviction by the host,Ebuka. It was enough tense and heat in the house,but Ebuka quickly made it easy for everyone.

Could Miracle win as he had always won,always being on top of everything in the house? Could it be Cee C the troublesome housemate? Nina,the sexmate of Miracle? Or Tobi,the sexy photographer?

Remember,right from day one he entered the house,Miracle said :”Winning is a deal for me” while others felt it was just a competition thing for them.

But the winner of BBNaoja lies in the hands of the viewers and fans.

But Cee C who had very plenty haters out there became the last girl standing and still came 2nd in the competition with 28.04%. 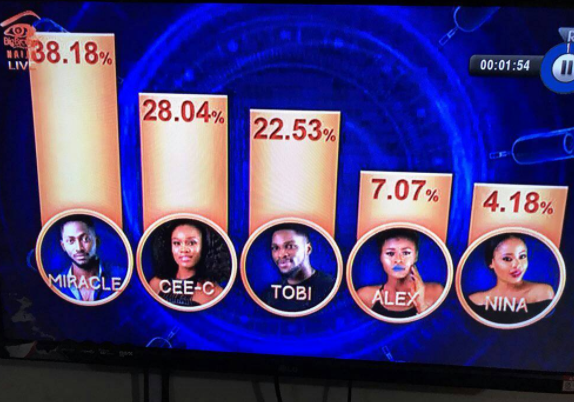 Miracle coming first and winner was not a surprise to anyone. His points and person won the heart of every fan of the BBNaija as he was always using Nina who came 5th to show boys and girls how to have s*x and kiss romantically!

You know these are what people in this generation like and want to see. Miracle gave it to them A-Z and they kept their votes counting for him.

But what surprises everyone was how Cee C made it finally,almost to becoming the winner of BBNaija with 28.4%. She was always herself,a strong girl who never dampled in spirit or gave ways to tears,and she never had so much lovers as fans!

Cee C was supposed to be Miracle by name because she still got through  despite every challenge and thought of eviction.

Even when each and everyone of them was asked why viewers should vote them to become winner and what they would do with the money,Cee C did not say anything that would move viewers give her a vote,and yet somehow,she still got votes!

Take a look at their last plead for votes and their sayings:

“Coming here is a deal for me, winning this money is a bigger deal to me. I would use the money to go for my CPL training as a professional pilot. Help me abeg and vote for me.”- Miracle

“My photography, I need to expand that business because I don’t have plans of going behind the desk anytime soon. I need you guys to vote let’s get that money.”- Tobi

“I have always had the dream of becoming someone in future and this is just it. I am pleading to Nigerians, Africans to support me to achieve this dream of mine.”, Alex said “I need the money in my life to treat my dad, finish school and take care of my siblings.”-Nina

I am not surprised that Miracle,a young pilot at 24 years emerged the winner of BBNaija 2018! 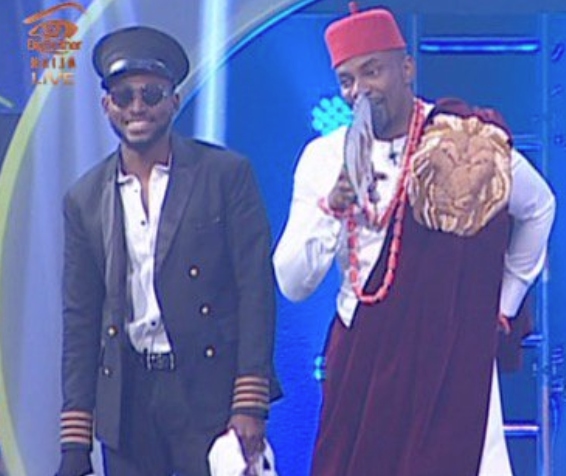 Right from time,he wanted to win and so barged into the house with his pilot licence to prove his charismatism.

Many times he was the head of the house and contributed to entertaining fans with dramas,intrigues,tasks,gossips and betrayals. What about his romance throughout the 24/7 with Nina for 3 months Miracle? calculated his plans and came to the house to win and he won !

Nna,your father has been lying down sick and all you could think of doing to make money for his treatment was to give your body to a young pilot to have it and do with it as he is pleased? Hope your father would be pleased to accept this!!!

Why Should A Man Love You For who You Are And Not For What You Are?

Find Out Hilary Clinton’s Reply To Chimamanda Adichie When She Confronts Hilary For Identifying Self As ”Wife”.

Find Out Hilary Clinton's Reply To Chimamanda Adichie When She Confronts Hilary For Identifying Self As ''Wife''.