Here Are The Strange Reasons Uganda Government closed Down Again Their 23 Radio Stations. 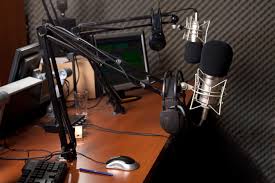 Uganda radio stations.
When they say that information is power,you won’t understand until you see gentle men running naked on the street and you join,running helter skelter as well! Why? Because they heard that a mysterious spirit runs about killing anyone wearing clothes.
Uganda people believe and love so much any disclaimers. Just come on air and announce to them that Christ is coming this evening and you would see everyone prepared,looking like saints. Why? Because,they heard from radio that Christ is coming to night.
Information,especially from media is not only strong but very powerful! Just speak,and your listeners would obey.
Yes,23 radio stations owners in Uganda have allowed some witch doctors to sale lies and deception through their radio stations and that cost their licenses to operate until further notice. This is the second time this is happening!
“The radios have been promoting witchcraft. People claimed on these radios to cure diseases like AIDS and cancer . These people have been fraudulently getting money from the public. Their operations and licences have been suspended until they are able to assure the commission through writing that they will abide by the minimum broadcasting standards,’’ Ankunda,Uganda communication commission spokesperson says.
You see? Witch doctors have left their shrines where they could subject their victims to taking concoction to coming to radio stations to do the same. But honestly,I blame the producers of those radio stations!
Yes,despite their intelligence and  knowledge which I thought are streaming like the waters of the sea,uneducated people who claim were called by their gods and ancestors to heal various kinds of diseases,and some play tricks to deceive gullibles. I certainly do not know the group that of these witch doctors that brainwashed anchors and producers of 23 radio in Uganda stations,took over their seats,used their offices and anchor their services with sweet coated tongues.  Who know how many ignorant minds and souls have fallen victims!
How would you believe that Cancer and HIV are now curable? Does witchcraft understand the medical problems? Is all they see and know not spiritual problems? How some of them could kill and destroy? You could see what they have done to 23 radio stations that permitted them to air their concept!
I am not a medical professional but I know that scientific claims use empirical methods of proof and  are always verifiable! If medical discovers any infection here,it reads the same thing else where.
How I wish that it was the Association of Medical Practitioners in Uganda that these 23 radio stations owners had listen to. How come they could also listen to,believe and obey witch doctors?
Wait a moment! Did those witch doctors appear in the studio with those scaring items with red and blood looking materials???
Tags: News
Previous Post

Monikmotivational.com: How Often Should I Say ”I Love You?”