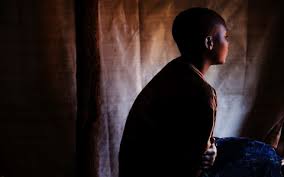 The saying that every day is for the thief but one day is for the owner is now being applied by ladies to avoid being raped. Rapists are now finding it so hard and impossible to penetrate and rape their victims.
The extent at which
women have been raped without having any escape is so much that many young girls now conclude that rape is a normal thing. ”My mother was raped,my sister was raped,and even my own auntie who tolerates no nonsense was also raped! How much more I?” Someone had said concerning her fears about rape.
Is there no way someone,ladies can escape being raped at the point of order? Certainly there is! In fact there are tactics ladies now use to escape being raped at the point that you too can use to escape being raped!
TACTICS LADIES USE TO ESCAPE BEING RAPED
One woman,whose name is Mrs.Okpako escaped rape from Fulani herdsmen on her farm with one tactic. She said:
But what if you are not in your period at the time someone or a group of boys try to rape you? What can you do? Open your legs and just allow them do it just because raping women is no longer a news? No baby! Try the following tactic:
She forced shit,faeces come out of her anus,and on seeing it already spread down to her vagina,the rapists ran away!
That was how the lady escaped being raped at the point!
They want to rape don’t they? Yes,and hey can. Only when a victim really gives way or allows them to do so. You can prevent them,you can escape being raped!
One beautiful thing I like about those ladies who have used different tactics to escape rape at the point is that they made attempts to mess up with their vagina.. In fact,the lady who defecated in her pant said that she preferred to smell to having any man rape her!
Many ladies are now on the fight against rapists to escape being raped and they are winning! Yes you can,if you join the winning team by using tactics!!!
Tags: single & Married
Previous Post