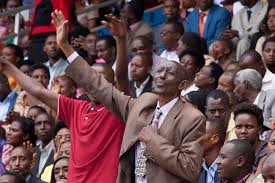 If anyone tells you that governments can close down churches where christians worship you won’t believe it right? You would say it is abomination for any government to do a thing as that won’t you? Yes,even some people would question what right  any government has to stop christians from exercising their right of worship to worship in churches. But here it happened in Rwanda!
According to the local news portal New Times on Wednesday the 28 day of February 2018,as many as 714 churches in Rwanda were closed down by the government in its capital city Kigali. The reason for the closure of the 714 churches was due to inadequate infrastructure,hygiene and issues of safety standards.
Isn’t this reasonable to you rare minds that places of worship to the creator and giver of lives which should have been the best places in all standard should be closed if the hygienic condition and safety of the worshipers are at risk?
But surprisingly however,when you go to resident homes of these church overseers and pastors,you would find out that they live in a better,well arranged homes with the best facilities and infrastructures. Then how much more should the place where God is adored,praised and worshiped be?
”Worshiping should be done in an organised way and meet minimum standards. Exercising your freedom of worship should not encroach on other people’s rights. They have been asked to halt operations until they meet the requirements”  says Justus Kangwagye,a government official. says a report.
”These churches were operating in tents and did not have adequate parking for the worshipers, who ended up parking on the side of the road and causing traffic jams says the report. It continues:
”The authorities also issued a warning to churches that make noise and disturb peace in residential neighborhoods.
Can’t you see people? There is absolutely no sign of respect to the places where these people worship.
In those days when I was in secondary school,our teachers would always remind us to be clean,that cleanliness is next to godliness and that the way we appear tells people who we are and how we should be addressed.
What is wrong with some church worshipers? Why would they see indecent places called places of worship and still go in to promote the worship? If so called pastors are confused,if they have no regard and respect for God,should you also do the same? You of all people???
Tags: News
Previous Post