HE SUFFERED FOR 9 YEARS!

Photo: He suffered horrific abuses from 2 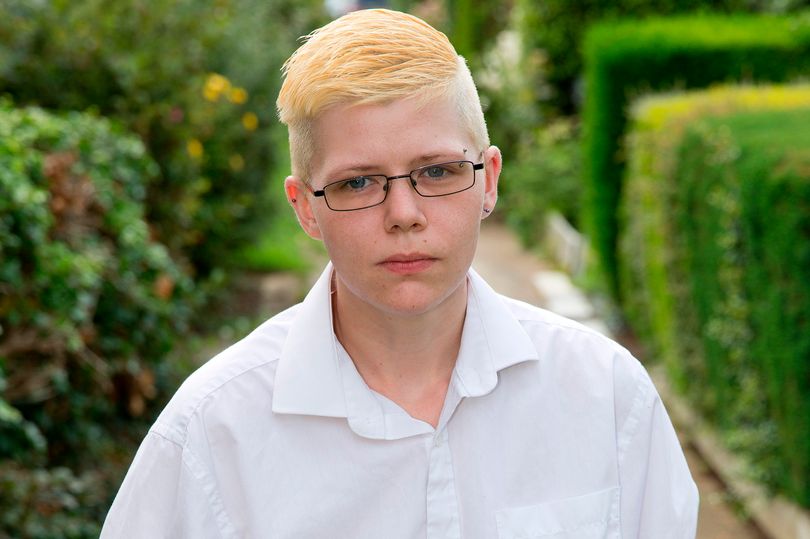 This is so touching! The story of  a child who was subjected to one of the worst cases of physical, mental and sexual assault for years has left us here with nothing,but tears and shock!

How could a woman,a mother give birth and abandon her baby in the hands of  people,who she quite knew would subject that child to various abuses? What we are saying is that Danni Smith,who is now 26 years old was abandoned in his childhood to his mother’s second husband when he was just 4. This shows that Danni’s mother has been an irresponsible woman,jumping from one man to another,leaving them with her responsibilities to abuse.

Then,when Danni was seven,his thought from being mistreated and from being abused completely came when he decided to take away his own life in front of the social workers just to end all stories. Then two years later, when he was nine,the social workers picked him up to care for him. Thanks to this social workers who although have never given up on Danni!

The story of Danni is endless and quite pathetic,all because he was given birth to and was abused,neglected and abandoned by everyone especially by his mother,except by the social workers. Till today Danni has not recovered from the horrific injuries he sustained from birth,by people around him!

Could any body say that Danni was just unfortunate in life? Yes,otherwise,he would have met a good Samaritan some how somewhere, who would have adopted him and taken care of him as their own child. But,Danni never met anyone and all he would see are people who would use,deject and abandon him! Poor Danni! But oh my goodness,here are the beautiful beautiful parts of Danni’s experiences:

“Most people’s earliest memory is something to treasure. Mine is of being raped by my stepdad. When I wasn’t being abused, I was locked in a room for days on end, often handcuffed. It was filthy and there were animal ­faeces everywhere. The only food I was ever given was a Marmite sandwich, twice a week if I was very lucky. I never had a birthday or a Christmas present. I’d ask ­strangers to be my mummy.
“Social workers knew what was happening and chose to do ­nothing. No one who failed me has ever said sorry. I think they hoped I’d give up trying to find out why they turned their backs on me, but I never would have let it go. I’m determined this won’t happen to another innocent child.”
He continued: “Before my second birthday, I was rummaging in bins looking for food. I’d be lucky if I was given two sandwiches a week. On one rare visit to my aunt’s, I was astonished when she gave me a proper meal and asked if I’d had enough to eat. Our house was utterly filthy but I thought it was normal to be locked in a room for days without food, or tied up and handcuffed.
“Like any small child, I was desperate for a hug, for someone to tell me that they loved me or that they were proud of me but it never happened. Instead, I was sexually abused over and over again. It was excruciating, because I was so little. I knew it was wrong but I didn’t dare speak out for fear of what my stepda ”

Although he could write a poem,but Danni has post-traumatic stress disorder and fears he’ll never find love or have his own family till this day!!!

Tell Buhari that if anyone tries to arrest me,he will die! Says IPOB Nnamdi Kanu