He Said If I Don’t Lose Weight He Will Break Up With Me.Should I? 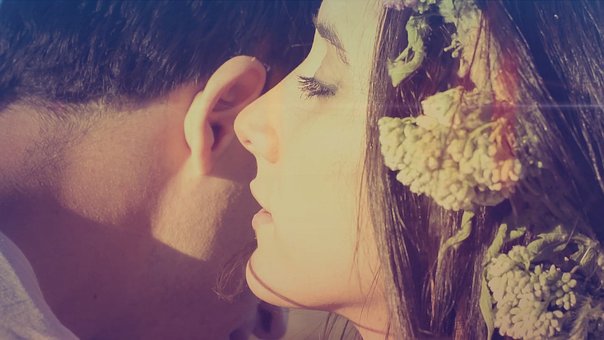 Hmm,what a matter of ”Do this to please me if you want us in together.”  ‘He said if I don’t lose weight he will break up with me should I?’

What do you think? Should this big and beautiful full lady lessen weight just to safe her relationship? While many say NO,others,just very few suggest that she do as her boyfriend says.
Well for me,it is a two way things.It could be YES and It could also be NO depending on whom this boyfriend of hers really is. Is he a claimed suitor or a genuine one? Does he really mean marriage or is he just a passerby?
I mean,if this fat and beautiful lady is just an ordinary girlfriend to this man, doing whatever he suggests even against her wish is simply pure stupidity since he is not a meaningful boyfriend to her. Such a man doesn’t have a huge interest or great plan for future with her and so why ask her to reduce her weight as if he owns her?
But if the man in question is Mr Right and not Mr Right now to the lady,yes,he has every right to ask or tell his lady things to correct in herself.
It is not wrong! While some people argue that a man who loves you would accept you the way you are I say yes,that is true but it is not also bad if he sees some part of you not suitable for him and he asks you to work on it. It is only a man who genuinely loves you and has good intentions for you that could boldly tell you all that! Passerby would see things that would hurt you  but won’t tell after all they would never have to carry your cross or ever share part of it with you in future.
Why would a man who loves you enough to make you his wife not ask you to change certain things about yourself for his likes? If you really understand the point and relevance of courtship part of which is that it is a period in which two lovers interested in each other for marriage have a close relationship to see whether each of them is acceptable to themselves.
In courtship which is a step higher than dating,both parties talk about future,aspirations and goals together. If you have interest in someone you love and you find out that he or  she has an attitude that will make future difficult for both of you would you not say it and suggest that he or she changes it? If that party really has interest in you surely he or she will change for compatibility purposes.

Read more here: List Of Different Needs In Relationship. Which Is Yours?

So what is wrong if a man wants his woman to add or reduce weight for his likes? Is it not for his pleasure after all? Will it not be for the benefit of the woman as well if her appearance pleases her man brings him smile? What are you saying??
True love is about accepting someone who has your expectations to a large extent without pretense. You can’t truly love and accept someone who has not met your expectations and sometimes expectations met include  changes one makes for the likes of his or her suitors!!!
Tags: single & Married
Previous Post

How Do I Know He Really Loves Me?

How Do I Know He Really Loves Me?