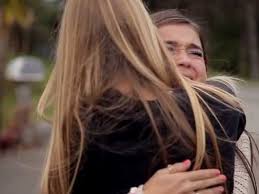 Well I wouldn’t Know why in this century a man of more than 20 years would still be this emotional so much that his behavior begins to sound childish all because his girlfriend left him for another man!

In his mind,Brandy whose girlfriend left thinks that eating together with a girlfriend,having fun or playing nice would certainly make a girlfriend stay and be with her boyfriend forever,but I say NO!

A young man called Brandy had a girlfriend whose name is Tope. He taught that spending lavishly,having fun with his girl,eating together with her could make her stay no matter what!

Brandy never knew that having fun with or playing nice with girlfriend would never make her stay until she left him for another man,a married man with 2 children already.

Brandy is now in a bitter condition,bleeding hard in emotion,and ranting curses on Tope,his former girlfriend for leaving him!

Below are Brandy’s bitter statements to his former girlfriend Tope:

”Tope,u break my heart. d woman I trust. we eat together catch fun. sex play. spend in terms of money. bt now u leave mi because a man of two kids rented u a room.
tope u w nt b favoured. mercy from east west south Noth w nt locate u. u w suffer till ur third generation God plan w Neva b ur might Omo oni sin err. wa sanku. won ni jere tree
, u w nt b happy in d morning till night.  adebayo tope caffy temmy gold wa sanku ni
daff tabi mark tabi iveco Loma paa re
awon obi ee koni jere re
although ur mother have course u because of wat u have did for mi. so shall it be. Amen Amin aseeee agreed.”

Now,there are two things we don’t understand here! Is Brandy complaining that his girlfriend left because he has spent so much on her only for her to leave? Is Brandy saying that Tope left him because another man could buy her a house which Brandy could not?

Well Brandy,it is not really true! First you did not take the right direction towards dating.

Of course you are what any reasonable woman called ask for in marriage because you could care for your woman. Buying a house or a car is not enough to show that you love a woman or care for her,NO!

Let Tope go. She does not love you enough to be with you,otherwise,she wouldn’t have left.

She’s made her choice ,and her choice is loving a sugar daddy,a man old enough to be her father,who has already made wealth!

Having fun or playing nice with girlfriend would never make her stay if she doesn’t want you and this is a fact that Brandy didn’t know!

A girl who loves you would always be with you even when you still have nothing of material goods. She believes that money is not everything and that one day,her man would be shown favor from above!

If your girlfriend does not love you,if you like,spend your entire resources on her,buy her the latest car and a beautiful house,tomorrow she will still leave you for the man her heart beats for!

Dear men like Brandy,don’t spend so much on any girl you love and wish to marry thinking that doing so can make her say yes to you and want to marry you as well! Spend if you like,but not on the purpose of marriage intention,otherwise,you would break your heart with tears!!!

And Yes,Hilary Clinton Changes Her Twitter Bio As Chimamanda Adichie Wanted!See What She’s Now Called And Why!