Photo: Advice 35 year old men to get married to be responsible: Salvation Ministry 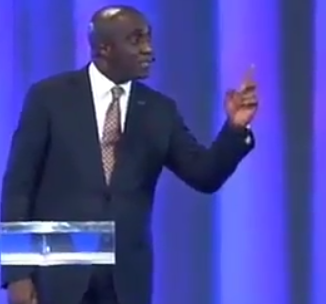 Can anyone call a lady who is 35 years or above and who has not yet married irresponsible? Why not? Is it because she is a woman? But the yardstick with which pastor David,the senior pastor of the church”Salvation Ministry uses to measure ones level of responsibility are ”age” and ”marriage”! Give him a wife if he is irresponsible he says!

There are men we know who would not get married until they have built houses and comfortable homes for their future wives and children. Would anyone say that these kind of people,hard working men are irresponsible? What is pastor David saying? ”Give him a wife if he is irresponsible”!