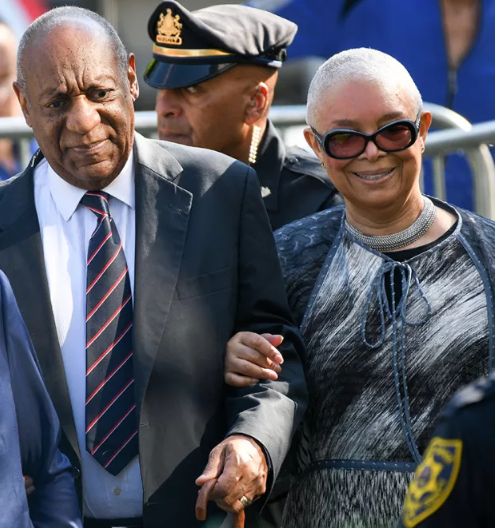 In as much as there is a provision for divorce only when one partner is unfaithful to the other  to the extent of committing adultery,there is still room of forgiveness for such erring partner.
Truly,a marriage that has lasted for 15,20 years is appreciated and the one that has lasted for 30-50 years has really endured.
Imagine how many times couples in such marriages have tolerated and forgiven one another in love for the sake of ”marriage”,”children” and ”family”.
If young couple are talking of divorce when their marriage is still young say it is between 5 and 10 years,we could understand. It is then one could say the earlier the better. But how could someone,a wife,having endured all the troubles and tribulations of marriage for 54 years now file for divorce?
Camille Cosby,74,is reported filling to divorce her husband Bill Cosby who is 80 years old. They both have been in marriage for 54 years now and her husband has been convicted of rape!
A report from a reliable source has it that Camille has left their family mansion,leaving her husband alone. While she was leaving the house,she left with multiple drivers,chef and her 3 grown kids also moved with her as well:
“He literally is home alone,” an insider told the publication before stressing that the two now live separate lives. “She even took the staff with her!”
Dear Camille,it is unfair for you to leave your partner of 54 years alone and lonely because he has been convicted of rape. Haven’t you seen more than that in your marriage of 54 years? Why leaving now?
There is no wisdom for leaving him,taking along staff of your family,including your children away from him!
If the court has punished him,are you not supposed to be there to show him pity and some forgiveness? I am very sure this is not the first time he’s hurting you in the marriage. You’ve been enduring it for 54 years now and leaving your marriage now would make you lose everything you’ve got! Respect,love,great admiration from people and family!
Dear Camille,filling for divorce now is not the answer of justice or a perfect judgement that you are hurt!
Let’s just say you’ve taken a break to stay away from him for just a while,and we are looking forward to a time when the steam will melt away and you will unite with your husband again!!!
Tags: single & Married
Previous Post

Why Your Partner May Not Marry You

Why Your Partner May Not Marry You