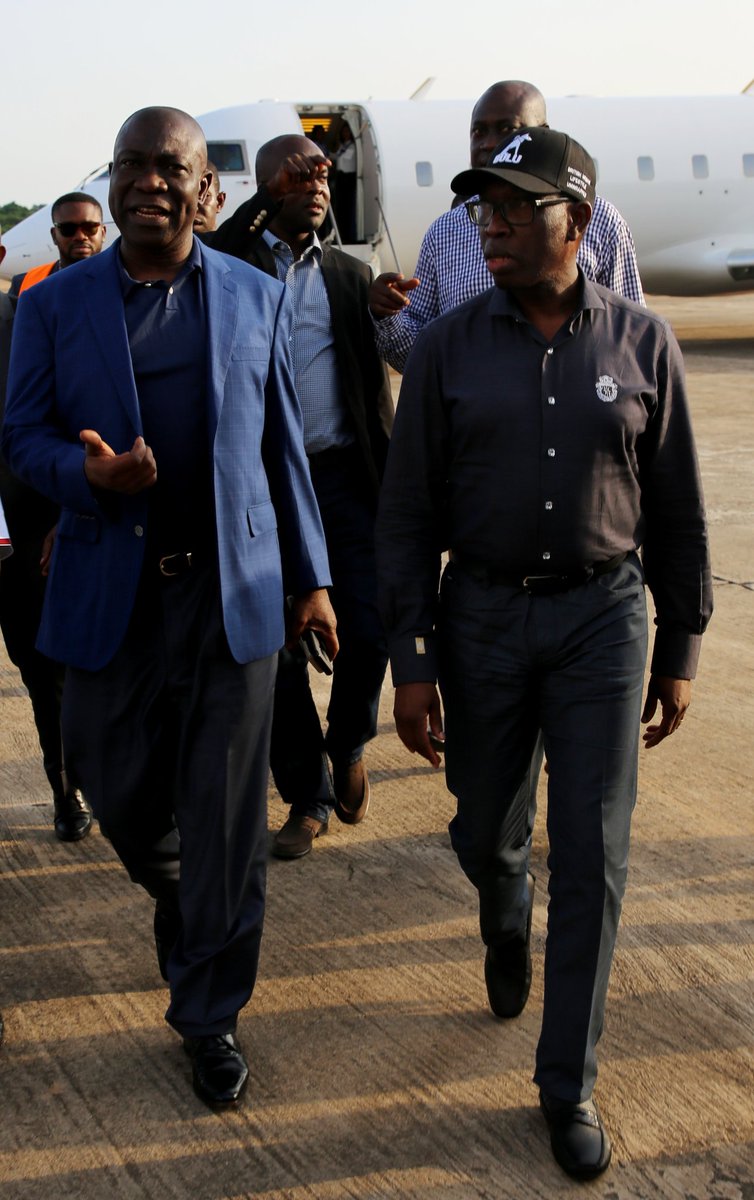 Eze Celestine Emeka The man of the people!

Jude Ekwedike You make us so proud!

Ezike Okwudili Calistus Ikeoha gburugbury, ikeoha global. I stay in Asaba; I am a witness to what His Excellency Dr. Okowa has done, is doing and will still do.

”DELTA STATE MAKING GIANT STRIDES UNDER GOVERNOR IFEANYI OKOWA
I was in Delta State at the weekend to commission numerous completed development projects, inspect ongoing ones, and lay foundation stone of the Delta State Central Secretariat.
On hand to receive me were His Excellency, Senator Ifeanyi Okowa, Governor of Delta State and his cabinet; the Delta State Caucus at the National Assembly led by Senator James Manager; the Speaker of the State, traditional rulers, youth and women groups, among others.
I am highly impressed. Delta is matching forward. The Nsukwa-Idemili Road, Agbor-Alidima Road, the ultra-modern library complex, and the numerous projects I commissioned or inspected point to the fact that there is hope for Nigeria.
More grease to Governor Okowa’s elbows. Let me also remind the people of Delta State that one good
tenure deserves another” says Senator Ike Ekweremadu.
Tags: News
Previous Post

Philadelphia Eagles Refuse To Stand For National Anthem,Hands On Heart. See Reasons And The Consequences Posed By Trump

Fani Kayode Gives 6 Points That Biafrans Suffered From Nigerian Soldiers,Says Buhari’s Statement Is A Lie From The Pit Of Hell.

Fani Kayode Gives 6 Points That Biafrans Suffered From Nigerian Soldiers,Says Buhari's Statement Is A Lie From The Pit Of Hell.