Effects of stealing on individuals and on society-stealing addiction,stealing in dream,

by JoJo
in Hot Topics
0 0
0
0
SHARES
0
VIEWS
Share on FacebookShare on Twitter
Our first article on stealing,reveals some of the causes of stealing.  Causes or reasons of stealing as we have seen cannot be justified. What effects does stealing have on individuals who steal and on society at large? This is

our point of discussion in this article. Read more : Is stealing a mental illness?

You know,there is this thing about stealing you should know. It is the fact that it always leaves the stealer very empty at the end of the day. Stealers,no matter how wealthy they may become,can never be satisfied in life,nor ever be fulfilled. This is one of the effects of stealing on individuals. What about the effect of stealing on society?
The effect of stealing on society is so numerous. For a start,when a society is thief filled society,there will be so much threat to life,fear and anxiety. Everyone,rich and poor,honest and dishonest individuals will all be affected in society,and this can also be referred to as insecurity problem. 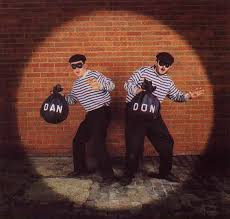 What about victims of theft? Of course,these are the people who have the greatest effect of stealing. Most times,their problem is not only that they would have lost their properties and possessions,but at the end of the day,they would have as well,been frustrated. Having lost their most valuable possessions makes the whole thing confusing,not knowing where to start up from,anymore.
What about feeling guilty? Yes,this is another powerful effect of stealing on those who steal. You know there is this thing about conscience. It is the highest form of judgement,one can ever understand.Most times,it keeps beating an offender until he confesses to someone,either to the one being affected,or to just anyone at all,to get relieved.
From the points above,we have seen that stealing affects everyone in society,starting from the stealers themselves,to the victims of theft,and finally to people who hear about the threat. No one can escape the effects of stealing in any society!! What do you think? : ”Is stealing a mental illness?” Please join us again in our next article to find out!!!
Tags: AbuseaddictionAdvice Tipschild developmentsociety ills
Previous Post