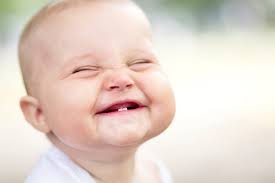 You and your name! Do names influence the bearers? from our previous article ”Is anything in names people bear?”,we could see that a lot of people have changed their names given to them at birth,to something else they prefer to bear. When asked why they did so,the common answer they all gave was that their names have power and influence on them.What do you think? Do names influence the bearers? Read more: Is anything in the names that people bear?

Starting from the name ”Lynda,which means snake,we have found out that many people are refraining from the name because of the attitudes and behaviors,so common in them. They are pretentious,wicked,and violent. On our interview with a student in a University campus,whose name is Lynda,we asked her if she knows the meaning of Lynda that she bears and if she was really comfortable with it. To our greatest surprise,she knows it all,and even told us that she in particular has no traces of the meaning of the name Lynda in her. So,what are we saying? Do names influence the bearers? 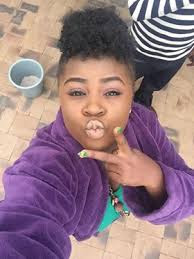 On another interviews with a lecturer in Philosophy department, in the University of Nigerian Nsukka,concerning if names influence the bearers,he answered YES.He used his name Aristotle as an example to  prove. He said that his birth name was Ugwu,but since he was in school,his classmates gave him that name because he read a lot,and behaved like Aristotle. He said that till today,the spirit of Aristotle is still influencing him. To this lecturer,names influence the bearers.

When you go to Christian religion,you will see that the answer could be yes and no. For example,the Scripture says in part…”good names are better than gold”. If names do not have any power or influence in the bearer,would that statement ever be made?  In another Scripture,we hear Eve,name her first child Cain,which means”I have produced a child with the aid of Jehovah.” Yes,we all know how this same Cain,with a well meaningful name became wicked,a brother hater,to the point that he killed his younger brother Abel,out of jealousy. Would you say that it was his name that influenced him to become both bad and wicked? Do names influence the bearers?

If we keep on citing examples of names and responses towards them,we would say that the question of whether names influence the bearers or not,depends on situations and purposes they want to serve. Everyone should be in control of his life and actions. To me personally,names have power,yes,but,the bearer must control it,himself. If you misbehave,it is your fault,not any name that you bear! If you make a good name,you make it for yourself,and not for the name that you bear!!!

Is anything in the names that people bear?-names have power,

Is it normal to love any kind of man for marriage?-married again,marriage and romance,

Is it normal to love any kind of man for marriage?-married again,marriage and romance,