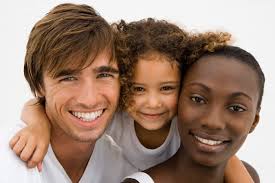 Disdvantages of inter-marriage relationship
Of course the word marriage is not new to you. It is a situation where a man and a woman legally and traditionally come together as husband and wife! What if I ask you to tell us what intermarriage means? What would be your answer? Okay,hear this please. You know, marriage is the coming together of a man and a woman who truly love each other legally,as husband and wife. In the world where we live,many customs and traditions do not allow intermarriage relationship. Intermarriage relationship is a kind of marriage relationship between different states,or countries. For example, a Nigerian man may see a Ghanaian lady attractive to him and proposes to marry her. If the lady agrees,then it becomes intermarriage relationship. Is it clear?
DISADVANTAGES OF INTERMARRIAGE RELATIONSHIP.
Everyone has culture, whether he is s black or White. They all have their very way of doing things, loved,and cherished. However, the simplest way of transmitting ones culture to another is through marriage. Take for example, if my mother is a Ghanian being married to a Nigerian. It is obvious that as long as she lives wherever they may live,she will always be herself, behaving as her culture permits. No woman gets married to someone from a different culture and background ever forgets who she is,and where she came from. In fact, if her husband is not careful and attentive, his wife would pass all her culture,including her mother tongue to their children, so much that the only culture the children would know is their mother’s, laying their father’s culture underground.
Another disadvantage of intermarriage relationship is that, you see,there are people who have a very ugly family background. Some families may be known as thieves, prostitutes,while others may have been abolished from their home lands for desecrating their land and culture. Truly, no one,man or woman can dare marry or have any marriage alliance with such people, who have dragged their names to the mud. The only people such abolished persons could marry are people from other states or countries, who may never know the historical background of these people. Yes,sooner or later,these people whose family background has been brought to shame and disgust,will begin to show their notorious attitudes, thereby bringing such reproach and dishonor to one fine,innocent home they’ve been married to.
One more disadvantage of intermarriage relationship is religion and worship. In fact, religion and worship is one major reason why God told his people Israel, not to marry or give their sons or daughters to Canaanites people, or other nations around them for fear that such people would bring their own gods to the land of Israel, and even induce the Israelites to worship other gods. Again, counties such as China, India, and other Islamic countries do not allow intermarriage relationship in order to avoid,culture transplant. Like the nation of Israel, they do not also want to have a different form of religion into their system.
There is no one who can actually know everything about another’s background,once at a time,except he who has always known the family from the beginning. Dear honest reader,if you know that I came from a disgusting background, would you allow your brother to marry me? But this is very possible in intermarriage relationship. Dear people,would you say that surely for this reason, intermarriage relationship is injurious abuse!!!
Tags: Advice TipsMarriageRelationship
Previous Post