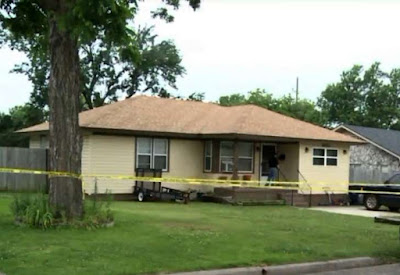 For as long as the world deterioration began, it has always been one form of child abuse or the other. If it is not child slavery,it is child trafficking. If it is not child abortion,it is the termination of the life of the child,or killing them abruptly. Recently in 2017, another report has it that a neighbor,  Cash Freeman of Ada, about 50 miles southeast of Oklahoma City, shot and killed an Oklahoma father, Leland Foster, who was trying to drown his 3-month-old twins in a bathtub. Why should a father,who caused the birth of his own child,his blood,think of drowning his own baby? What could this child have done to deserve this hatred and wickedness? This is child abuse in the highest order!

Most stories we have read,heard,and seen are stories having mothers trying to terminate or having terminated the lives of their own belly. When interrogated however,we find out that these are bitter women and mothers who have tried their best possible to terminate or remove the babies in their wombs,to stop them from being born.  Out of annoyance,anger and disappointment,they will lash out every sort of hatred on their babies,just to make them die.

What is this about a man,a father trying to drown his child? Did he also try to terminate,or wait,is he one of those men who will force their girlfriends to terminate the pregnancies of their babies? Maybe ! So this man is a wicked man who wants to eat his cake and have it again!  If you were a judge,what will be his fate in your judgement?