Can conflict bring peace on earth? 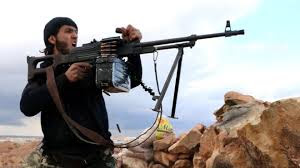 Can conflict bring peace on earth?
We all know that conflict brings about many injurious things such as poverty, sicknesses and death. Conflict means disagreement which if not settled at a very early stage,escalates to war. Does anyone want to be told one crucial result of war? Hatred,enmity,strife,discrimination,tension, suppression, prejudice, loss of lives and properties, and the likes. This makes it possible that people ask: can conflict bring peace on earth considering all the damages it brings to mankind? People from school of deep thought strongly believe that conflict can bring peace on earth,and that it is actually possible for fighters and enemies to eventually become friends and allies,after conflicts and quarrels. Hey,let’s take it personal now. When you were in school, you surely used to fight with  some or at least one of your classmates right? During your holidays, who among your classmates were you always thinking, and talking about? The one you give troubles right? Yes,and you often missed them so much that you can’t wait to see them back  in school. Let us also take a look at Ladies matter with their boyfriends. Tell us the truth, ladies. When do you usually have the best of your boyfriends? Before or after having some argument, disagreement, or even quarrel? This time,the answer does not lie in your court. It is obvious, and we all know it!
Again, I ask: can conflict bring peace on earth? Let us go to the family circle, and see what happens there. Our mothers and fathers, our parents at one time or the other have make it clear to us that even though they are best friends,there are times,they can’t simply do without having disagreement which may sometimes result to one problem or the other in the family circle. Surprisingly, these parents of ours who were at one time  in war front with each other, are later seen as two most beautiful birds that flock together in ever happy, and joyful mood.
Studies have shown however that friends who quarrel most of the time end up being best of friends thereafter. Whether you like it or not,conflict, surfaces in every facet of life and foreshadows peace,and calmness thereafter.
Dearest reader,can there ever be war without end? When conflict is brought calm,what do we feel? Hey! Anything short of what you will feel is called injurious abuse!!!
Tags: Discriminationpeace and conflict
Previous Post

How to tell if my boy friend loves me