‘Buhari, I am calling you from Istanbul, Turkey. Stop killing the people of Biafra”-Turkish Diplomat, Abdulkadir Erkahraman 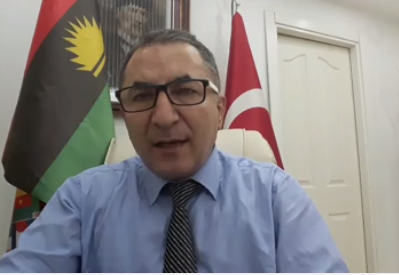 Turkish diplomat,Abdulkadir Erkahraman,all the while has been keeping his eyes and taking note of the crisis happening in Nigeria,between Nigerian soldiers and the indigenous people of Biafra,IPOB. In all,the Turkish diplomat strongly believes that

Nigerian president,Muhammadu Buhari is the chief behind all of these crime and crisis,that have claimed thousands of lives so far all in the name of religious and political interest.