Are Women Really Equal to Men? Find Out 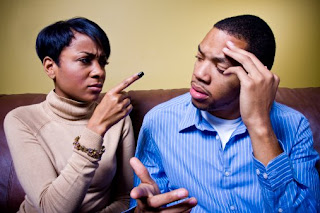 There has been so many arguments and speculations concerning this topic, this has affected marriages and has brought out what we know today as Feminists. What’s this thing that has caused uproar, well it is this simple question: Are women equal to men? which can also be tagged ”gender equality.”
Many years ago women were sidelined in some top affairs and were seen generally as the gender that is below men. Which made women not to contribute to laws of the country or community and many other things. What brought about this many years ago, naturally men are stronger in terms of strength and possess more energy, so those days the top people are the people that have more power.
Well that was many years ago as things have changed. Today things have become more easier and modern lifestyle of being to the top is now more about having a better intellectual properties and reasoning, in other words being wise in making decisions.
To crown it all women have gone higher in the society of today, they now work and earn, and are even the breadwinners in so many families. This brought about the issue of feminism, because some cultures of some societies and communities are still holding up to the old system of lifestyle, so women have gone ahead to battle this cultures and try to extinguish this belief system of women being weak.
Read: Why Is It Hard To Get Principled Girls These Days?
Now here’s the question again: Are women equal to men? Yes of course they are equal to men because we all are humans but please remember this that this is not a competition of who should be higher or lower, the two genders have their belief system and act according to their own ways of life.
Feminists for example sometimes are forcing so many women into something even above women’s rights. So many women out there want to get married, have kids and be both under the protection of their husbands and their finance, its normal, we shouldn’t force to change things the way they are, its just natural.
Just as boys love to play football and girls love to have a teddy bear, it’s just natural and we shouldn’t force things to change. We are all equal only if we understand ourselves!
Final question: Are women really equal to men???
Tags: Discriminationgender equality
Previous Post