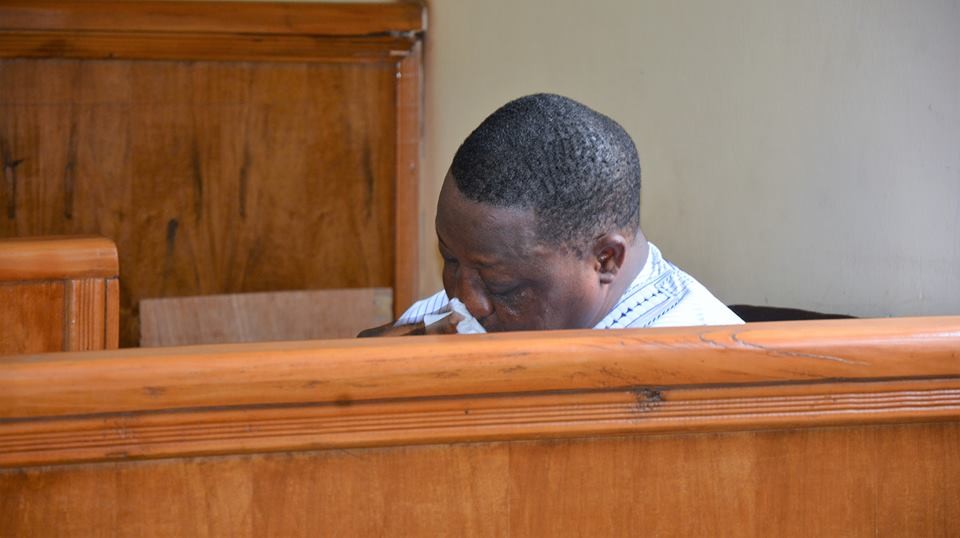 Joshua Dariye defected from PDP to APC in 2006 and currently,he is the senator representing Plateau west.

Ex governor of Plateau weeps in court as Justice Adebukola Banjoko sentenced him to 14 years in prison for N1.1bn fraud.

Despite the plead by Dariye’s Council,Paul Eroko to court to temper justice with mercy as his client was deceived by some people,Justice Adebukola still refuses.

“Appeals to your judgement do not succeed, we will fall on your mercy. The prisons are congested. They misled the governor, it is the bank, they said he didn’t have to present anything” says Paul Eroko.

Council to EFCC Rotimi Jacob says that Dariye shows no remorse and thus deserves not to be shown mercy:

“He is not remorseful, his case should serve as a deterrence.

It was at this point that Dariye said he wanted to speak and so he said:

“Have mercy, you are a Christian, your name is Jacob.”
After that,Justice Adebukola mercilessly sentenced Senator Dariye to 14 years in prison while Senate Dariye  weeps in tears.