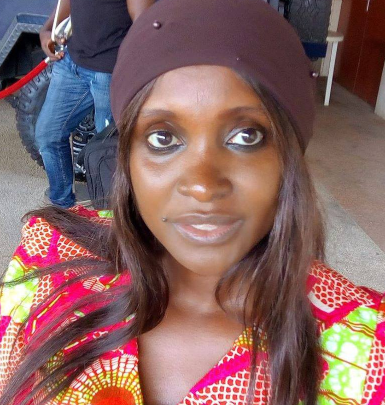 A law maker from Ebonyi state House of Assembly is one African,Igbo woman who has shown in a way,the kind of people she accepts their friend request on Facebook. She makes available to us,the kinds of people she accepts as friends on her Facebook page,in case you yearn to be her friend! Here she shares her requirement: 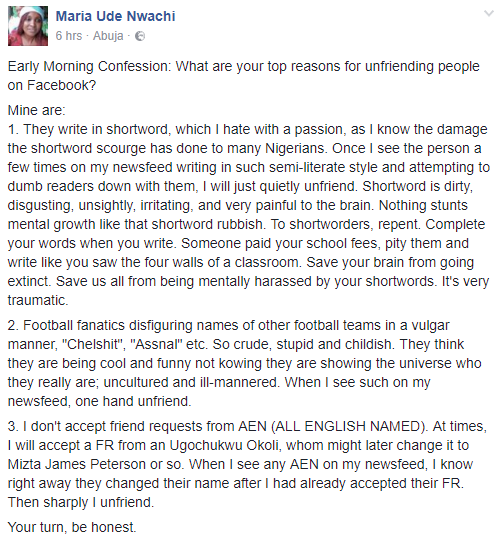 This must be a very hilarious person to be with. Her words are nothing close to shortword as she calls it. But being a linguist,I call it clipping. Yes,she is right. The law maker is right when she says that shorting words brings a lot of damages to the brain. But I also add,not just to the brain,but to languages. Clipping of names is one of the factors that make human spoken languages,go into extinction! It also shows incompleteness of learning on oneself.Read more: ”Only a foolish girl will see her boyfriend sweeping and all she’s able to do is raise her legs for him to sweep beneath it”
When one for example say ”Kachi” instead of Onyekachi,what does it mean? The former is meaningless to the owners of the language while the latter is meaningful.Does it make any sense when one uses meaningless words? That is what dear Maria Nwachi is saying! Come out real you,if you want her to know you and become your friend! Maria Nwacchi hates forming,someone who claims to be what he or she is not!!!

What a man loves in a woman…