3 Nigerians In India Found Dead In A Room. Get Their Details Here! 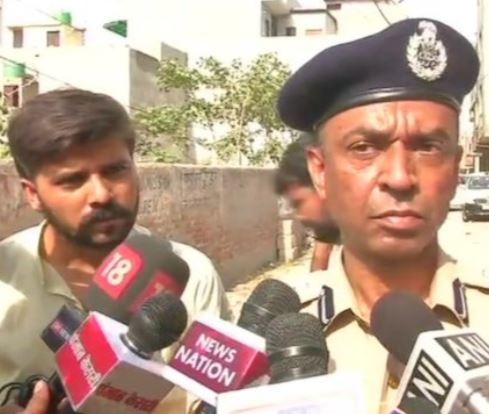 Such a pity to the families of the 3 young Nigerian boys who left their country to far away India to make life for their families good and better.
It is so so unfortunate that these young men didn’t make it alive to their families in Nigeria!
Yes everyday,they look forward to coming home and seeing their loved ones again,but no,not anymore. They are dead!
David Christopher,Greece Ben,and David(I) are the identities of the deceased Nigerian men who died in their room in India. They are all in their 30’s.
According to India’s Hindus Newspaper yesterday Friday,these young Nigerians were found dead in a rented accommodation in Uttam Nagar area of New Delhi.
According to The Times in India,all 3 men were found frothing in their mouths and police said they discovered alcohol and soft drinks in the spot.
According to deputy commissioner of police Shibesh Singh,Greece and David came to India on business visa early this year.
At 12:30 pm yesterday,the police received a phone call from their landlord saying there was a fowl smell coming from one of the rooms in his compound .
“The whole building is inhabited by people from African countries. There is a common kitchen near floor three. A resident of the building passed by and knocked on the door because of the smell, but no one opened. He then called the landlord, who called the police,says the DCP.
When the police came,they broke the door and found their bodies dead.  “One of the three bodies was in a state of decomposition. There were no strangulation marks or any other external injuries on the bodies,” says Mr. Singh.
The deceased have been taken to Deen Dayal Upadhyay hospital for post-mortem to ascertain the cause of their death.
Tags: News
Previous Post

Is President Buhari Giving Up His Ambition As He Called For Meeting,Thanking His Media Group For Supporting Him? Read His Speech