by JoJo
in Hot Topics
0 0
0
0
SHARES
1
VIEWS
Share on FacebookShare on Twitter
At the end of which 23 IPOB members were arrested.-
Commisioner of police,River state 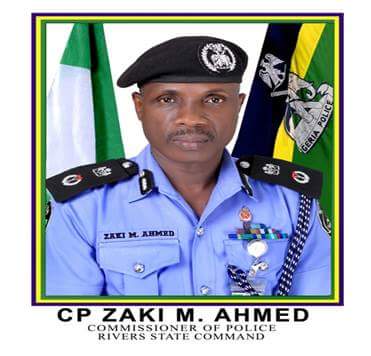 On Wednesday September 2017,we brought you a report of the clash between IPOB members and some members of Hausa community  causing serious and unlawful incidence that took at least 3 lives to  death,leaving many others in serious injuries at Oyigbo area of River state right? Initially,no one knew the cause of the clash,but thankfully,here we are with a full
report showing the cause of the bloody incidence from the Rivers State Commissioner of Police, CP Zaki Ahmed: Read more: IPOB members and members of Hausa community clash in Oyigbo,River state, leaving at least 3 persons dead,numerous others injured
”Gentlemen of the Press. I greet you all. Again I have called you to address you on the sad event of yesterday 12/9/2017 at about 1400hrs where members of the Indigenous People of Biafra (IPOB) without lawful authority blocked the entire Aba/Port Harcourt Express way and attacked some residents.
The said group who had no justification for their action also attacked a Police van from Training School Nonwa enroute Port Harcourt International Airport and burnt the Police van to ashes. The driver Inspr. Emaikwu Ochochi was badly injured and is now on admission. They also carted away one AK 47 riffle with sixty rounds of live Ammunition, and one Berretta Pistol with 8 rounds of live Ammunition. At the end of their rampage, many vehicles were damaged and stores burnt.
The timely response of the Police restored normalcy and brought the situation under control as I made adequate deployment to arrest the situation. The mob were dispersed with minimum force thereby restoring law and order. At the end of which 23 IPOB members were arrested.
However, the Command was awaken to yet another sad incident today at about 0010hrs, where the same dare devil IPOB members regrouped and launched a surprise attack on the Mobile Policemen stationed at Oyigbo junction, killing a Police Sergeant identified as Sgt. Steven Daniel attached to 19 PMF, injuring two and set a patrol vehicle ablaze as a result of which a Sterling SMG Riffle belonging to the deceased Sgt. was taken by the hoodlums. They were however repelled by the Police, where about 9 of them were arrested, bringing the total number of suspects arrested to 32. They are helping us in Investigation and will be due in Court as soon as our Investigation is concluded.
As a Command, we have been able to bring the situation under control, people are now going about their lawful businesses. I can assure you that, justice will be done in the circumstance. All those connected to this senseless carnage will be brought to justice. We shall spare no effort in dealing with any criminal elements in the State.
Once again I thank you for coming and will continue to seek your support to Police the State with International best practices and Rule of Law.
God bless you.”
Tags: News
Previous Post